(bo-bo-kwee-var-ee) is the venetian court jester of comedy, embodied in a popular Italian marionette.

Bobo’s is a stylish twist on the traditional steakhouse.

The stars of the menu are “the steak” and “the best crab.” Iron skillet-roasted mussels, shrimp are the co-stars.
The stage is set for a perfect evening of entertainment and feasting with friends. 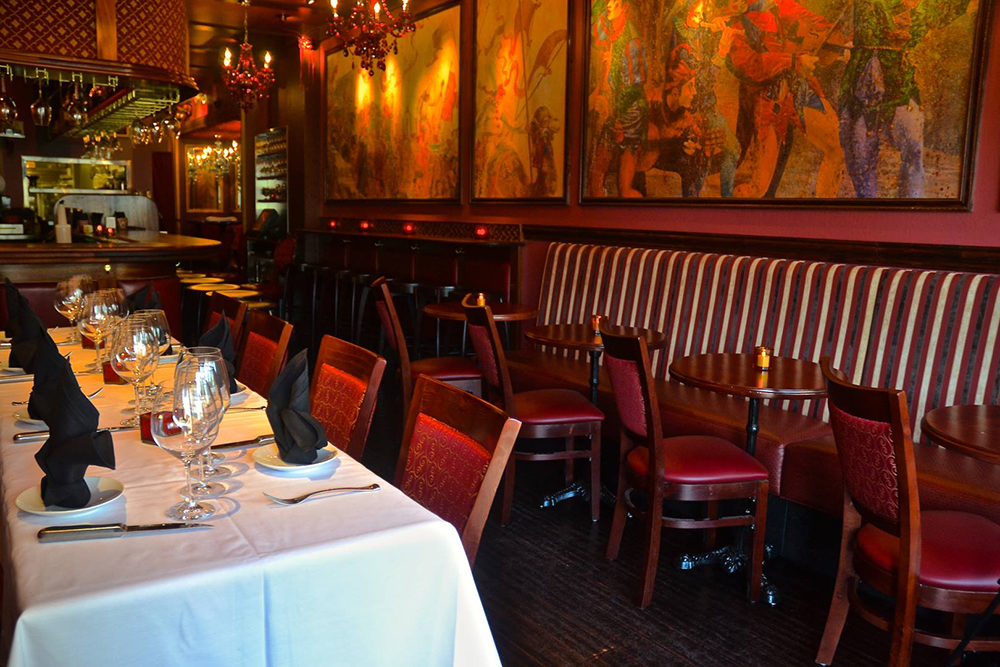 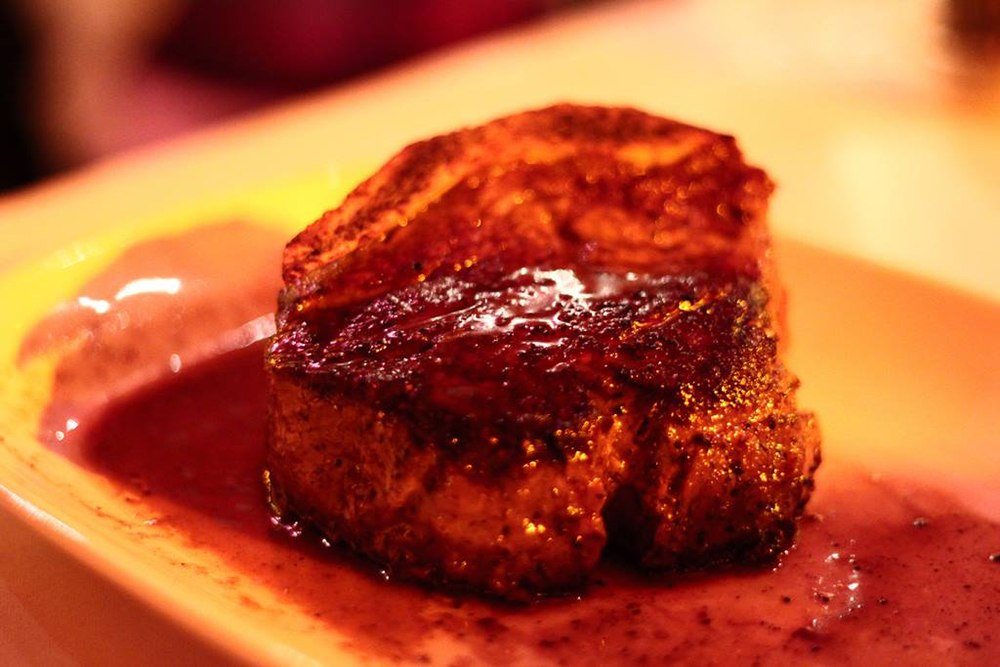 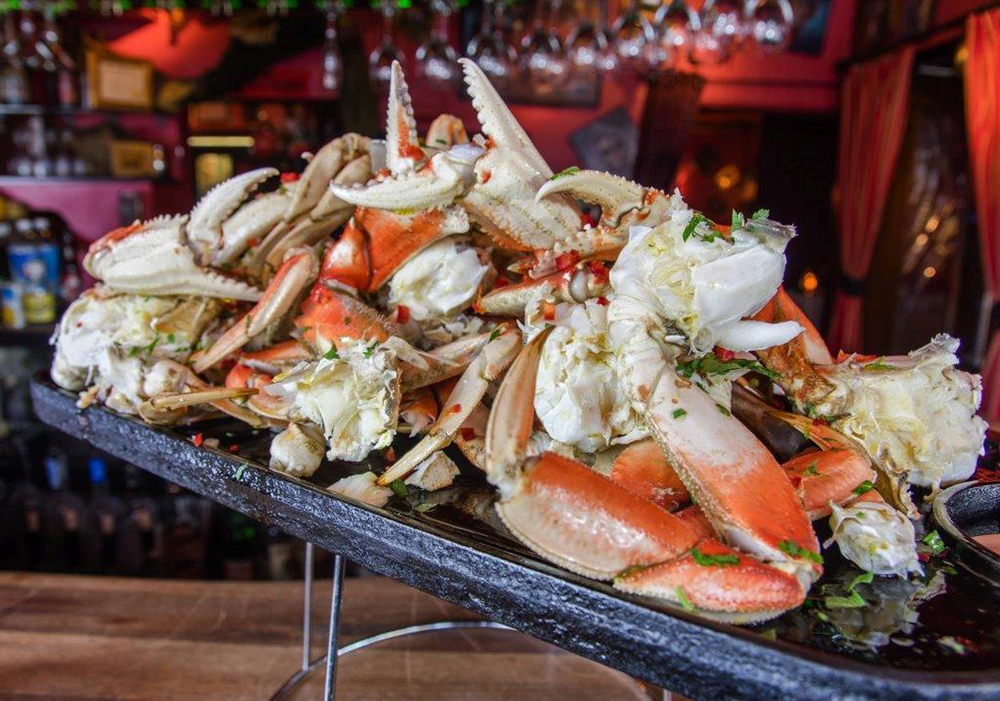 Come and eat at the best steakhouse in San Francisco!

If the gift card amount is not listed or exceeds $1000, please contact us at manager@bobossf.com or call 415-441-8880. Gift cards will be shipped the following business day.

was born in a small seaside town outside of Naples, Italy. He was taught to cook by his “Nonna”, who passed on a deep passion for life to her grandson. From his early experiments with simple, basic foods grew an appreciation for the sensuality of texture, presentation and fragrance.

Andrea received his formal culinary training in the early seventies and graduated with honors from the E.N.A.L.C., in Trieste, Italy, followed by a six-month internship at the Hotel Foresta in Genoa, Italy. He then worked for several years on luxury cruise liners and eventually found his way to the United States in 1978. His resume ranges from a post as captain and sommelier at the landmark Ernie’s restaurant to opening a dozen acclaimed venues in Nevada, Alaska and California.

In the early 80’s, Andrea and his friends and co-workers lived in North Beach (the Italian section of San Francisco). His friends, Juliano Serrano, Mario Ascione and Giovanni Scala, to name a few illustrious chefs of world renown, used to cook, hang out together playing fuse ball and talking food. They were all chefs who enjoyed cooking together.

Through the years, they have continued their friendship founded upon food and cooking as later they went on to open their own restaurants—Giovanni opened Piatti, Table 29, Scala’s Bistro and Bistro Don Giovanni, Mario opened Café Macaroni, Juliano, after opening Sutter 500 with Hubert Keller, took over Masa’s in Union Square and later opened Picasso at the Bellagio in Las Vegas. While they all expanded and opened new restaurants, Andrea became the Executive Chef of Calzone’s, The Stinking Rose, the Crab House at Pier 39, The Dead Fish, Bobo’s, the Franciscan at Fisherman’s Wharf, The Old Clam House and Salito’s in Sausalito.

They have all stayed in touch throughout these restaurant incarnations and still enjoy cooking together when time permits.

Andrea has made many appearances on national and local news channels and cooking shows, including Now You’re Cooking (NBC), Woman 2 Woman (CBS), Good Day L.A. (FOX), La Cocina (LA Univision) as well as radio shows including Merrill Shindler’s Restaurant Show on 97.1 in Los Angeles; Dining Around with Gene Burns on KGO, and appearances on KABL, KMEL and K101 in San Francisco. His recipes and recommendations have been featured in several Bay Area newspaper articles. His web site, Sex and the Kitchen is filled with recipes for two and recommendations for romantic travel and dining throughout the world.

Froncillo currently resides in North Beach. He travels to Italy several times a year in search of new trends in food.

What is the difference between

a very good steak, a great steak and The Steak?

Aging is a natural process that improves the tenderness and flavor of beef. There are two types of aging: dry-aging and wet-aging.In the ‘70s, a less expensive aging process became popular that put the beef in vacuum-sealed Cryovac bags, allowing the meat to age in its own juices, hence the term “wet-aging.” This produces a tender steak, but does not enhance the flavor.
Some quality steakhouses serve top grade 100% USDA Prime, corn-fed aged beef. A few of the better steakhouses can dry-age their beef on premise for a maximum of twenty-one days, which may produce a very good steak. 99% serve wet-aged “Angus choice” or “choice”.

Historically, dry-aged beef was the gold standard. It is a respected, time-honored technique of preparing high-quality beef. A great steak must be dry-aged four to six weeks in a large, specialized facility that provides a sanitized and closely monitored environment; the temperature must be maintained at 33-34 degrees (F), the humidity must be precisely 82% and there must also be a constant air flow of fifteen feet per second around the open meat at all times, all of which takes place under the watchful eye of a highly-skilled butcher. The texture and taste of the meat becomes richer and more buttery.

The result is the best steak you’ve ever tasted!

Bobo’s is a boutique restaurant that caters to the discriminating steak eater and does not age its beef on premises but has partnered with one of the few purveyors who has a Total Quality Control (TQC) USDA-rated facility (only 8% qualify for this designation in the country) that can age beef for four to six weeks and fulfill our rigid specifications.

Pan searing the meat in its own natural juices with a hint of garlic and rosemary then de glazing it is what makes our steak… the steak, making it the best steak in the world.

What is a Bobo’s Style Porterhouse?

To provide the consummate steak, we offer a Porterhouse that is a little different from the norm. The size of the filet on a typical Porterhouse varies and can be quite small. The differing thickness in the meat on either side of the bone often means that one side is over done. We separate the Porterhouseinto its components, a New York and a Filet Mignon, and cook them separately so that each steak is perfect. The steaks arrive at your table on one plate, Bobo’s style: tender and delicious.

What About The Crab

We buy only Dungeness crab that weighs at least two plus pounds (for those meaty legs) and is harvested from the nearby Pacific Ocean. The whole crab is roasted and drizzled with our crab butter sauce. Which has given Bobo’s crab, the title of: The Best Crab in San Francisco.

San Francisco’s Fisherman’s Wharf is a landing spot for many kinds of seafoods, but a glance at the big sign overlooking the parking lot (or at the smaller signs posted around the city pointing the way to the wharf) gives a clue to which is most important. Both signs feature the distinctive shape of Dungeness crab, one of the treasures of the West Coast fish market, and the symbol of the Golden Gate fishing industry.

Most of the year, but especially in winter, the air around the wharf carries the scent of crabs boiling in large outdoor pots, to be sold in walk-away crab cocktails, or taken home to serve as simple cracked crab. Inside the nearby restaurants, they may be combined with other seafoods in a thick tomato-based stew called cioppino, or as chunks of crab meat heaped on top of a salad with Louis dressing.

Native to coastal waters from southern California to the Aleutians, Dungeness crab (Cancer magister) is the main commercial crab species south of Alaska, with important landings in nearly every fishing port north of Santa Barbara. It’s a fairly large species, weighing about a pound and a quarter apiece in the minimum legal size (6-1/4 inches across the carapace, or upper shell) and running up to about 3 pounds. Most of the catch is consumed close to home, but some gets shipped to other parts of the country both fresh and frozen.

Around San Francisco, the season usually begins in November, and cracked crab is as much a tradition at some Bay Area Thanksgiving tables as turkey.

The common name of Dungeness crab comes from the town of the same name on Washington’s Olympic Peninsula, which in turn was named after a point on the English coast near the strait of Dover. Perhaps coincidentally, the waters off southern England are home to a close cousin of Dungeness crab, the European common or edible crab (C. pagurus).